We validate the standard 'Email' and 'Phone' properties, if the user has sent them via pop-up, auto reply or chatbot.

If the entered data does not match with verification rules, we will not record it into the lead card and ask to enter the correct email or phone number. 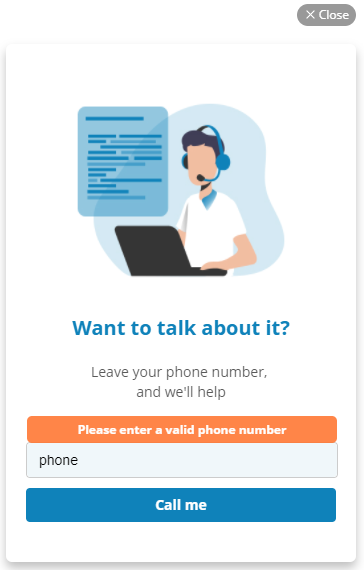 Do not confuse data validation with aт input mask: users will not see a format of the input data and the entered phones will not be converted to the same type.

Read our research on the impact of email and phone verification on conversion rates in this article.

Important: data validation works for the standard properties 'Email' and 'Phone' only, which the user can enter in:

Data validation does NOT work for: